Robert Pattinson, Kristen Stewart, and their good friend Tom Sturridge ducked into their car after having drinks together on the roof of The Thompson Hotel in Beverly Hills last night. Kristen was still all done up from her appearance on Leno earlier in the evening to promote Welcome to the Rileys. Rob and Kristen have been taking advantage of their time in LA by hitting up all the hot spots during a string of date nights this week. Robert also took care of a wardrobe fitting on his own as they made the final preparations before shooting Breaking Dawn on location in a few weeks. While Rob shaved off his beard to reenter the world of Edward Cullen, Tom is still hanging onto the ever-popular facial scruff. 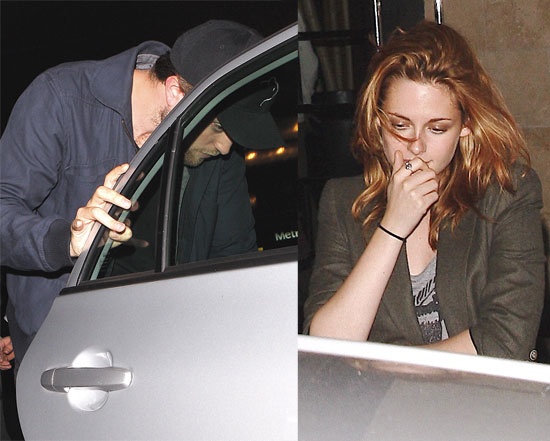