Robert Pattinson and Kristen Stewart filmed Breaking Dawn honeymoon scenes in Rio de Janeiro yesterday. The two greeted the day from their hotel balcony after arriving in Brazil together last week. Kristen was decked out as Bella in a form-fitting white dress as she stole kisses from her new husband Edward Cullen during the shoot. Earlier in the day, Robert and Kristen relieved their body doubles to hop on a boat and get to work on the raciest installment in the series. Their trip to South America means the rest of the cast has a break and Kellan Lutz took advantage of the chance to stop by some parties in LA. The whole Twilight crew started Breaking Dawn in Louisiana last month, and they have a lot more left to do on the two-part finale when Robert and Kristen finish their romantic newlywed journey. 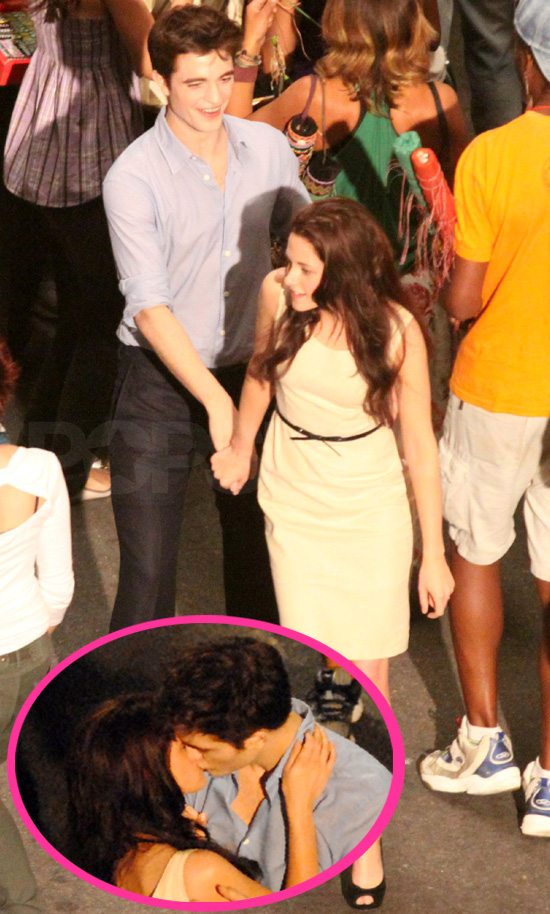 To see more of Robert and Kristen plus video, just read more.