Robert Pattinson let his pants hang low on his hips out taking care of business in LA today. He was solo for the afternoon, following his two consecutive date nights with Kristen Stewart during which Rob showed off his chivalrous manor and freshly shaven face leaving dinner at Ago yesterday. The twosome are in California as they prepare to start shooting Breaking Dawn later this Fall. Their costars have been attending wardrobe fittings for the final two Twilight installments as the new cast members come together, including his onscreen daughter Renesmee. Robert is always a welcome sight, but the beard-free version is an awesome reminder that the return of Edward Cullen on set is around the corner. 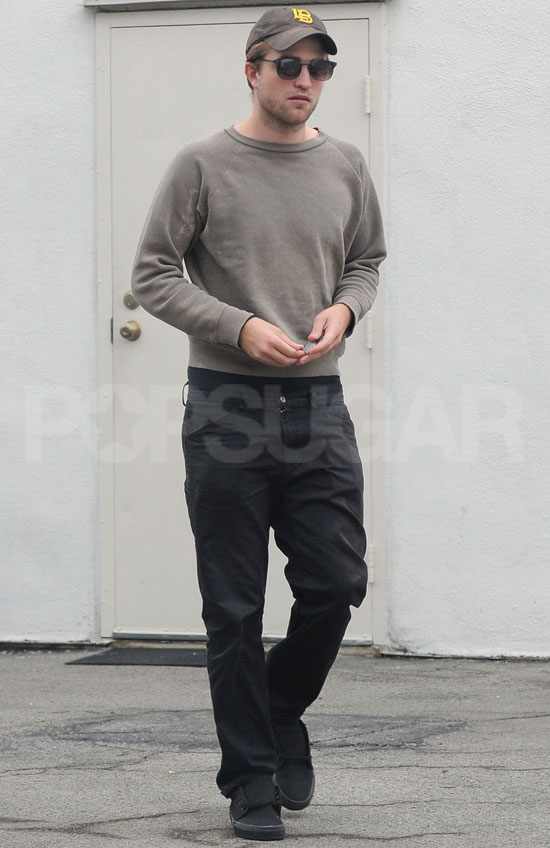