Robert Pattinson and Taylor Lautner arrived back at LAX last night without Kristen Stewart after the trio spent time up in Vancouver working on reshoots for Eclipse. We were just treated to two new stills from their movie, and now it's time for Robert, Taylor, and Kristen to start gearing up for its June 30 release. Rob and Kristen's upcoming interview on Oprah is one of the big May events you guys are most excited about — in the meantime, test your knowledge on the Twilight series with our Eclipse or New Moon game! 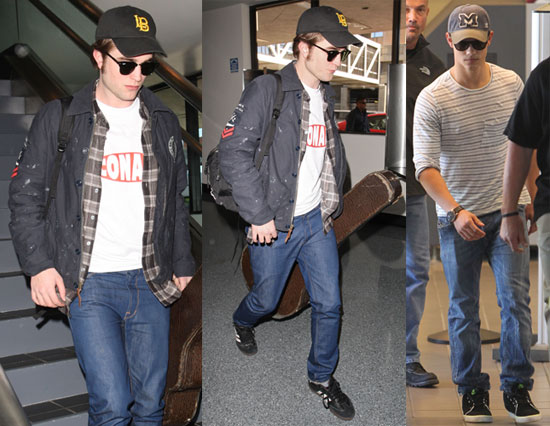 To see more of Rob and Taylor, just read more.

Celebrity Couples
Kristen Stewart Reflects on Her Romance With Rob Pattinson: "So Much Was Taken From Us"
by Kelsey Garcia 9/03/19

by Danielle Jackson 49 minutes ago