Robert Pattinson, Reese Witherspoon, and Christoph Waltz were dressed to the nines for a long afternoon of filming Water for Elephants on Friday in LA. Rob's getting used to sporting that tuxedo when he isn't getting down and dirty with adorable costars. He loosened up a bit when the cameras stopped rolling, undoing his bowtie and checking his phone — no iPhone 4 upgrade for him yet. Reese had some of the week off, which meant daytime dates with Jim Toth, though she was back in action yesterday. Her character has quite the collection of gowns, and the last time she was all decked out it also meant romantic scenes with Rob. Christoph Waltz followed right behind Rob as they left the set at the end of filming. 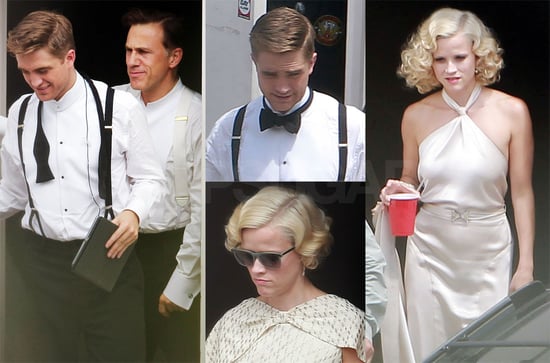