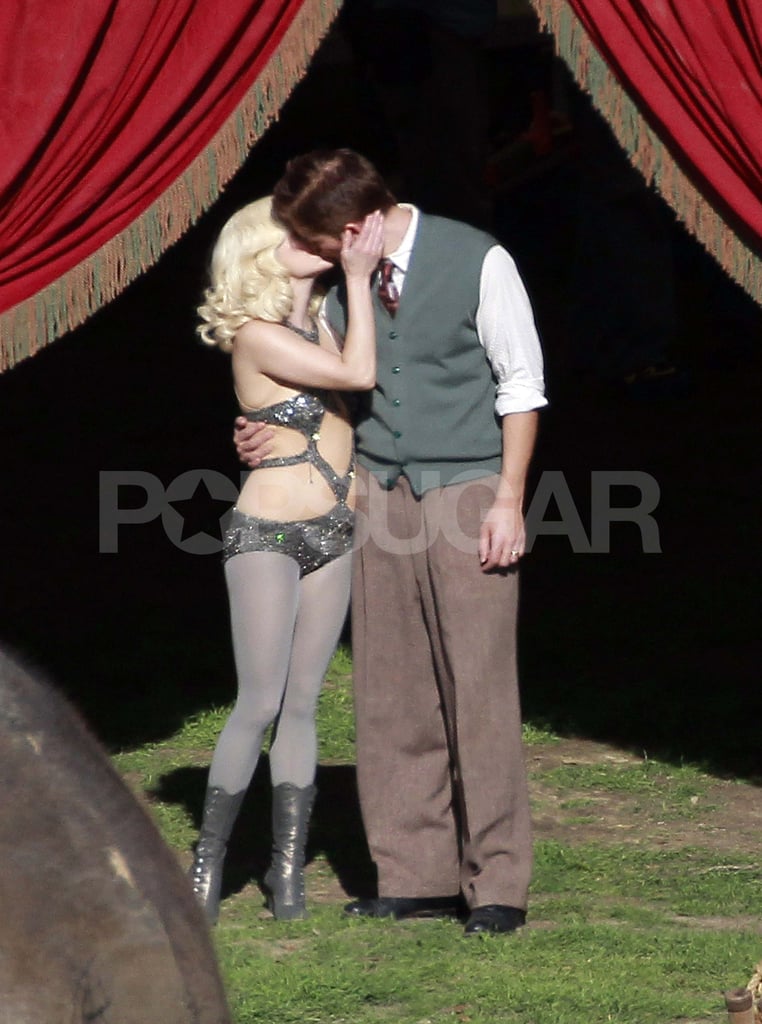 Robert Pattinson and Reese Witherspoon got back to filming Water for Elephants in LA on Friday. They've been spotted together on set doing reshoots for the film recently, but this scene was especially exciting since they locked lips for the cameras. Reese was decked out in revealing performance attire and later traded her hot costar for some cute baby lions. This is our second look at a sexy Rob in character since we also got a glimpse of him and Kristen Stewart sharing a steamy moment as Edward and Bella for Breaking Dawn this morning. Rob pulled double-duty this weekend as he also showed up looking particularly hot on the Golden Globes red carpet, where he presented the award for best foreign film.

Previous Next Start Slideshow
Robert PattinsonReese WitherspoonStars On The Set