Robert Pattinson made his way to the set of Water for Elephants in downtown LA this afternoon. His work on the film got him out of having to jet-set around the world promoting Eclipse — his costars Xavier Samuel, Ashley Greene, and Nikki Reed are presently abroad for the London premiere, and PopSugar UK is tweeting from the scene! Kristen Stewart is near Rob in California at the moment, but she made one last press stop yesterday at Lopez Tonight, which is where her father works. Kristen and Robert's third Twilight film is already breaking records with the highest midnight opening ever, but a producer from the franchise added a little more hype to the series when he accidentally outed the duo as a couple. 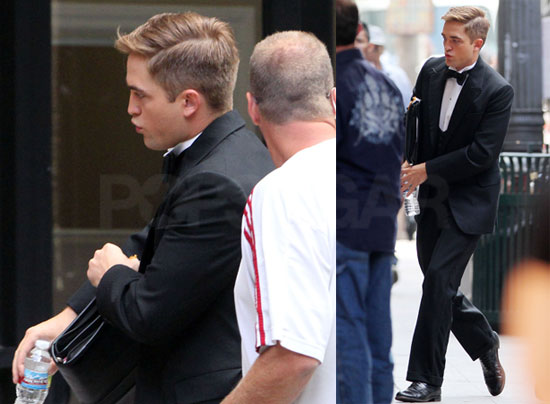