Robert Pattinson ducked out of a car on the set of Water for Elephants this morning, and we cannot get enough of that handsome haircut. Rob's filming schedule had already meant less Eclipse promotion from him as Kristen Stewart and Taylor Lautner took on the international duties in Australia and Asia. Rob was able to join in the MTV Movie Awards madness where he treated us to some amazing behind the scenes sweet moments with Kristen. Rob will also be missing some of the NYC press duties, but will have a sit down interview with Jenna Bush Hager for The Today Show on June 14. Meanwhile, Buzz has the newest clip from the movie, featuring some words from Rob and a whole new crop of stills — plus, if you want to have a little more Edward in your life, there's always these gadget skins. 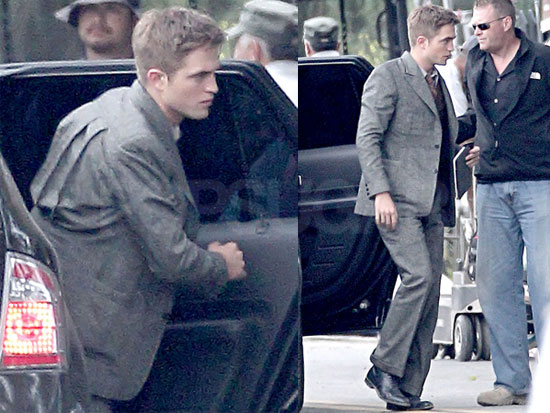