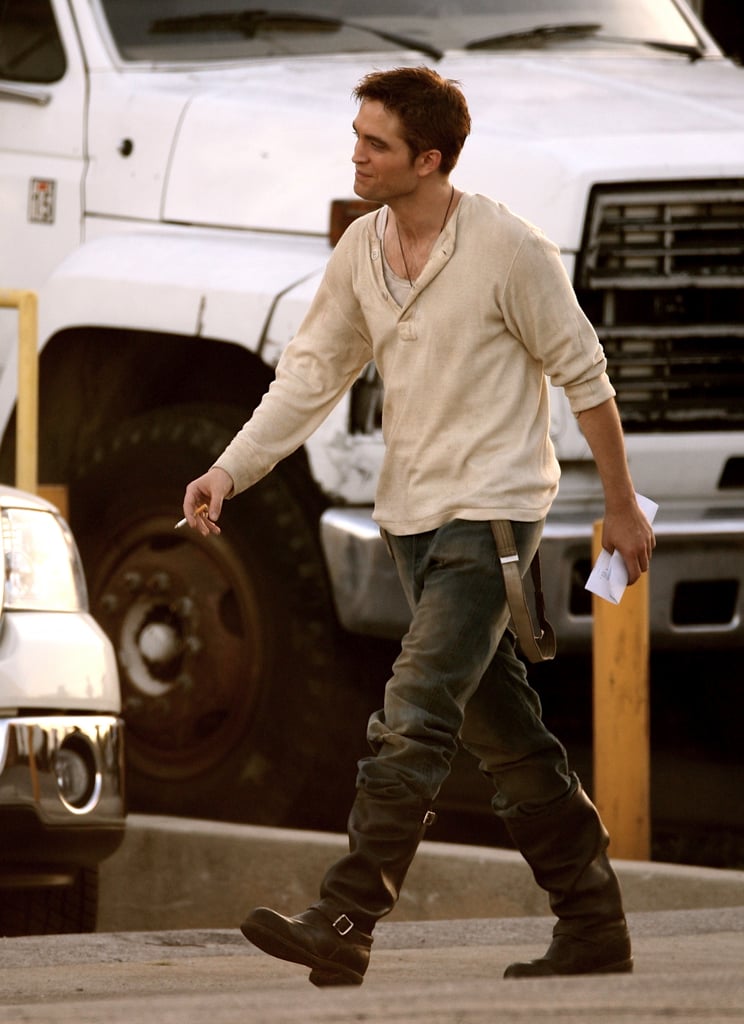 Robert Pattinson looked extra hot taking care of a few reshoots on the set of Water for Elephants in LA yesterday. He and Reese Witherspoon were both back in character to film the "surprise" director Francis Lawrence twittered was in store for fans. The break from Breaking Dawn is perfectly timed for Rob, who is also a presenter at tomorrow's Golden Globe Awards. Robert and Reese's onscreen steaminess oozes out of every new image from the movie, and we were also recently treated to his real life chemistry with Kristen Stewart during the People's Choice show. Robert and his Twilight cast aren't up for anything this weekend, though the early buzz about his turn in this highly anticipated drama is amazing and he's lining up even more high profile projects. This peek at his sexy chest is fantastic as well, but we're so excited to see him join the ranks of iconic Globes pictures all suited up on Sunday.