Katy Perry and Russell Brand shared a kiss outside the Metropolitan Museum of Art in NYC last night as they headed into director David Lynch's Change Begins Within charity event. Russell was in high spirits since it was his eighth anniversary of being sober, and Katy sparkled by his side in a gown from Kate Middleton's favorite design house, Issa — what do you make of Katy's pick? She's been busy spreading holiday cheer from coast to coast enjoying the glow from her four Grammy nominations for Teenage Dream. She's also just earned her third straight number one hit with "Firework." Adorable couple Katy and Russell are heading into their first Christmas season as man and wife, after ranking among our favorite newlyweds of the year. 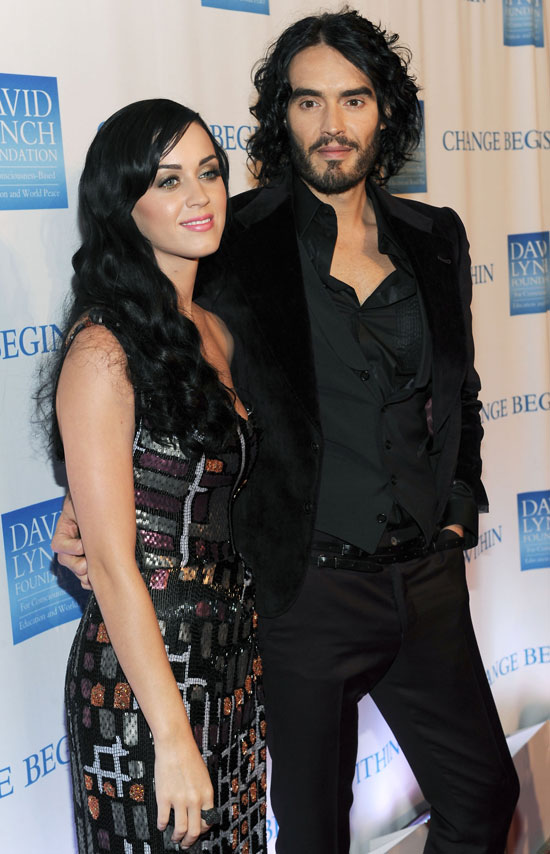 Maisie Williams
Maisie Williams Bleached Her Eyebrows, Just When We Thought She Couldn't Get Any Cooler
by Jessica Harrington 22 hours ago

Balmain
You Must See Rina Sawayama's BRIT Awards Dress From All Angles, but Especially From Behind
by Victoria Messina 22 hours ago