Russell Brand and his new bride Katy Perry were together in Spain over the weekend to attend MTV Europe's Music Awards, but they've gone their separate ways for the first time since marrying in India last month. He headed to London, where he took his mother Barbara as his date to the Pride of Britain Awards last night — check out the other UK stars who hit the red carpet. Katy, meanwhile, was off to NYC to perform at the Roseland Ballroom and was spotted making a bundled-up exit from their home this morning. She's in the Big Apple prepping to join the Angels at tomorrow's big Victoria's Secret show. The Brands were inseparable for two weeks while on their honeymoon in the Maldives, but Russell still has some of Katy's presence for company in England. 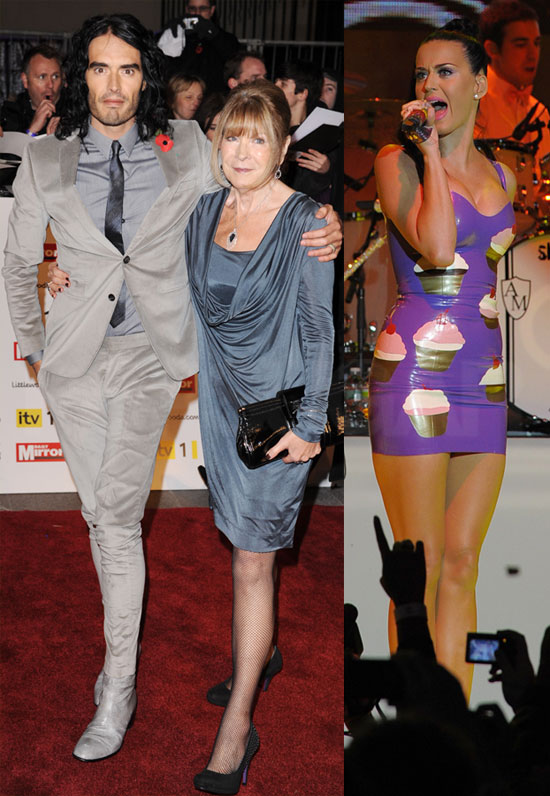