Ryan Gosling was covered in fake blood on the set of Drive in LA last night. At one point his face and upper body were entirely covered by a creepy mask, rendering the handsome actor completely unrecognizable. He didn't have either of his beautiful leading ladies, Carey Mulligan or Christina Hendricks, along for the ride as Miss Mulligan, for one, was off in London premiering Never Let Me Go. Ryan has been hard at work on the action-packed film, but still makes time for fun outings like a recent trip to Disneyland with Blake Lively, which raised eyebrows about a possible romance. The rumors were shot down as her rep says they were with a group and Blake is still with Penn Badgley. Ryan may still be single, but on the big screen his love lives are all sorts of complicated between Blue Valentine earning an NC-17 rating and his sexy morning-after poster in bed with Kirsten Dunst. 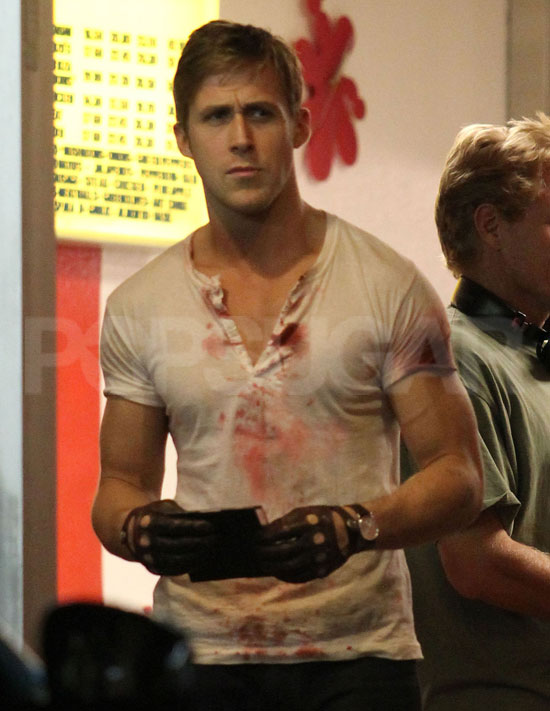