Ryan Gosling was dressed up like an officer of the law filming Drive in LA yesterday. He was once again sporting his disturbing latex mask disguise for the scene in a cop car, but peeled his faux face off to reveal his actual chiseled features between takes. In the November issue of Interview, Ryan is humble about his good looks and showbiz start, recalling his "disheartening" Mickey Mouse Club and endearing wedding singer past. These days, Ryan makes interesting choices with his career from his band Dead Man's Bones to his two troubled love stories hitting the big screen this Winter, All Good Things and Blue Valentine. While Ryan worked, his costar Carey Mulligan praised her Best Western digs and food on the red carpet after taking a turn as Mr. Gosling's diner waitress on set last week. 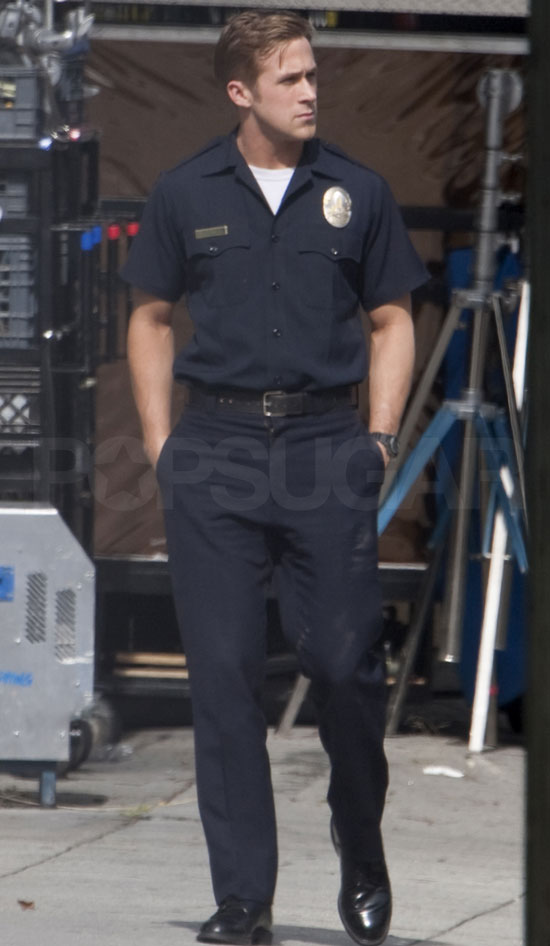