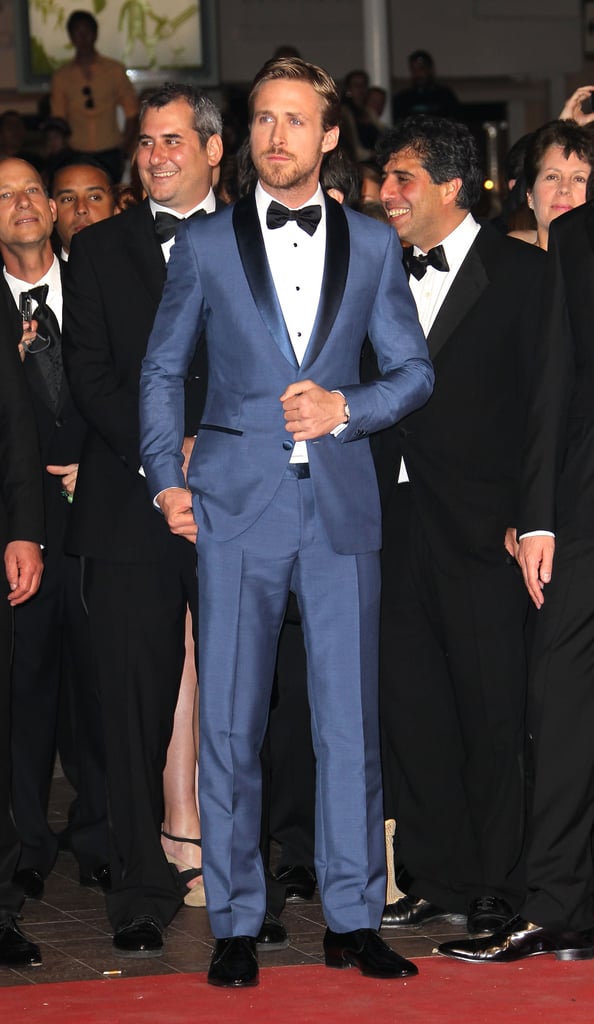 Ryan Gosling brought the hotness in a blue tuxedo at the premiere of Drive in Cannes today. He flashed his sexy grin and got playful with director Nicolas Winding Refn as they made their way up the grand staircase into the screening. Ryan and Nicolas were up early in the French city for a photocall this morning, and despite Ryan's unique outfit choice, he was still looking sexy for the cameras. The actor also popped up at the Cinema For Peace dinner with Leonardo DiCaprio after arriving in the South of France on Wednesday. His timing was perfect since ex Rachel McAdams wrapped up her film festival duties and headed out of town just a few days earlier, eliminating any chance of a possible run-in. Ryan clearly wasn't concerned since he let loose at Paul Allen's Brazilian-themed yacht party with the likes of Bar Refaeli, who is newly single following her split from Leo.

Taylor Swift
Taylor Swift Almost Appeared in "Twilight: New Moon," but She Was Rejected Due to Her Star Status
by Njera Perkins 11 hours ago