Ryan Gosling got touched up in his chair before joining Steve Carell to shoot a scene from their upcoming comedy in LA yesterday. We were thrilled when the news emerged that Ryan would be playing the "suave best friend" in Steve's next movie — and may we say that Gosling looks perfect for the part already. We saw a bit of Ryan's amazing ladies man side recently, and we cannot get enough. Next up, he could be bringing that amazing smile overseas to Cannes — his movie with Michelle Williams, Blue Valentine has been accepted into the festival after being one of our favorites at Sundance in January. 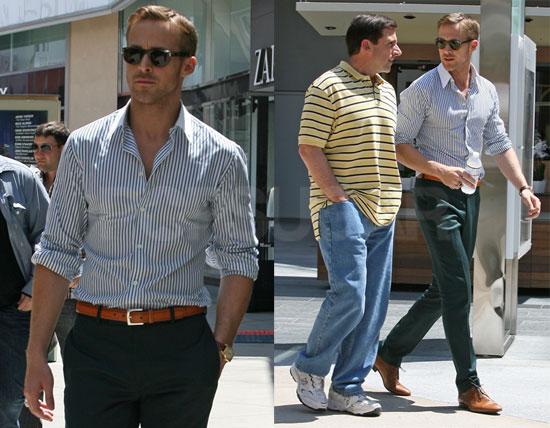 Lots more of Ryan and Steve on set so read more