Ryan Gosling posed with his onscreen family, Michelle Williams and Faith Wladyka, as well as their director Derek Cianfrance at a special Blue Valentine luncheon in NYC today. The event was hosted by The Weinstein Company, and the whole crew had a lot to celebrate since they won their appeal to bring the movie's rating down from NC-17 to R yesterday. Ryan and Michelle have had a full week promoting the film on the East Coast, including at Tuesday's premiere, where Blake Lively was spotted sneaking in the side door. She stuck by Ryan's side for the afterparty, and this afternoon he addressed the rumors of romance. Ryan said of Blake, "She's an incredible actress; she's a good friend," and when asked more generally about relationships in the industry, he quipped, "You're not allowed to have friends in this business." Blake is known for her sexy style, and she earned new respect for her work in The Town, while Ryan's big heart and charm make him so very hot. Not to mention he doesn't take himself too seriously, which makes Blake, whatever their status, a very lucky girl. 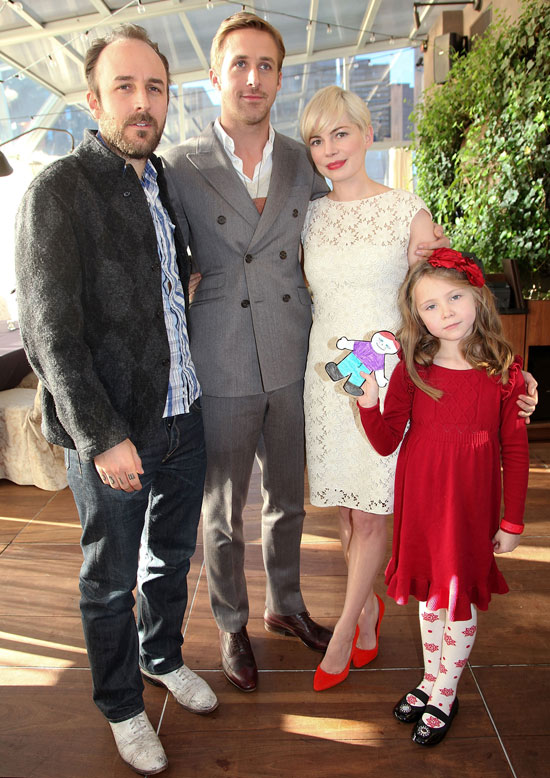