A lucky TSA agent administered a pat-down to Ryan Gosling Saturday at LAX before the actor boarded a plane for NYC, where he attended a special screening of Blue Valentine, hosted by the weekend's Saturday Night Live host, Robert De Niro, at the Tribeca Loft Grill. Michelle Williams threw on a printed dress to join Ryan following an afternoon spent close to her Brooklyn home with daughter Matilda and friends. Michelle and Ryan were also together on Thursday for another film event on the West Coast with Jake Gyllenhaal. Michelle has showed off a range of chic outfits for their various premieres, looking fantastic despite director Derek Cianfrance recently revealing that she gained 15 pounds by drinking ice cream and eating avocado sandwiches to play her role opposite Ryan last year. 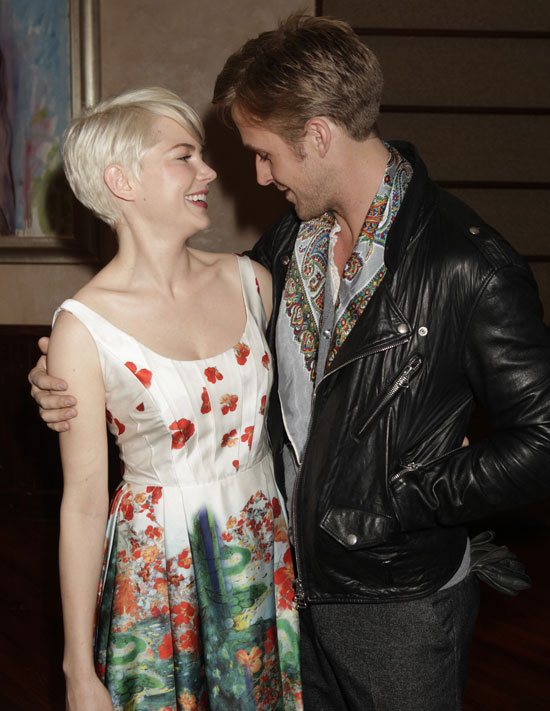