Ryan Gosling flashed his oh-so-very charming grin on the set of Drive in LA yesterday afternoon. He was on a break between scenes and there are no complaints about those impressive arm muscles or the happy face that can make us weak in the knees. Wednesday night's scene had Ryan all bloody and in a creepy disguise, but this time he only got his hands dirty doing some mechanical work on a car. In this film Ryan plays a Hollywood stunt man who runs heists on the side, but it's his more sentimental upcoming release that is running into trouble with the MPAA. Blue Valentine with Michelle Williams was rated NC-17, though the Weinstein Co is launching an appeal to get it lowered to an R. Ryan will also be showing his darker side in All Good Things alongside his morning after partner Kirsten Dunst. 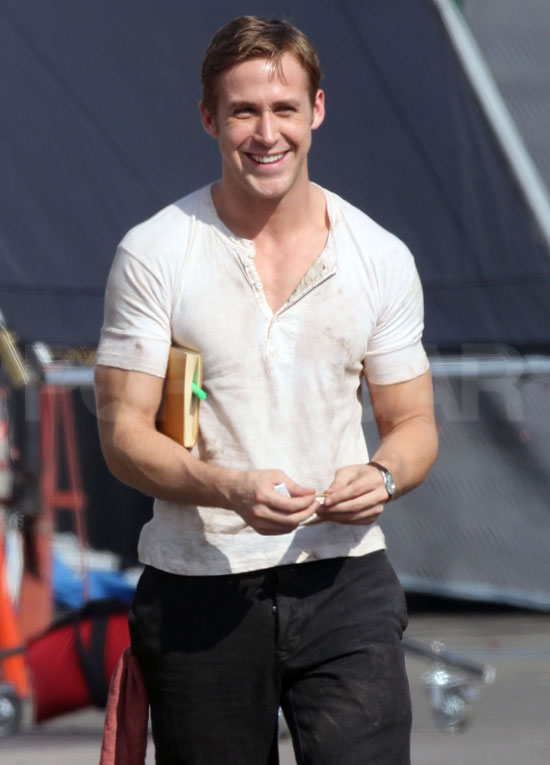