Ryan Gosling kicked back on the set of his new movie Drive in the California desert on Sunday. The actor stars alongside Carey Mulligan and Christina Hendricks in the flick, but he was busy over Summer working alongside another of his leading ladies, Michelle Williams. Ryan and Michelle got together for a W photo shoot, and they looked equally hot at the Cannes premiere of their upcoming movie Blue Valentine. The pair made the promotional rounds together in France, but Ryan also did press for the movie solo at the Toronto Film Festival. Acting has been keeping Ryan occupied, but he's also found time to play a few shows with his band Dead Man's Bones. 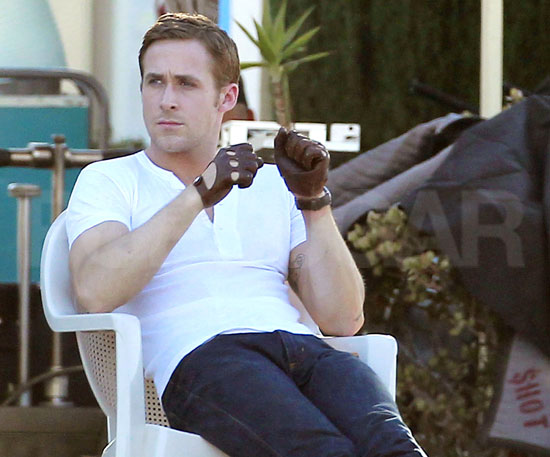 Ryan GoslingDrive
Around The Web