Ryan Phillippe and 50 Cent worked on their new movie Setup in Grand Rapids, MI, on Sunday, and they were back to shoot in the snow yesterday. It was their guy time in front of the camera, though over the weekend their leading lady, Jenna Dewan, joined them on set. She already returned to LA, where her handsome and very proud husband, Channing Tatum, waits — they have some celebrating to do, as Friday was her 30th birthday! The guys are staying put to continue filming, while Ryan tries to unload his $7.4 million Hollywood Hills home. He and 50 Cent have plenty to discuss during their time off, including the rapper's rumored girlfriend, Chelsea Handler, and her latest headline-grabbing statement. 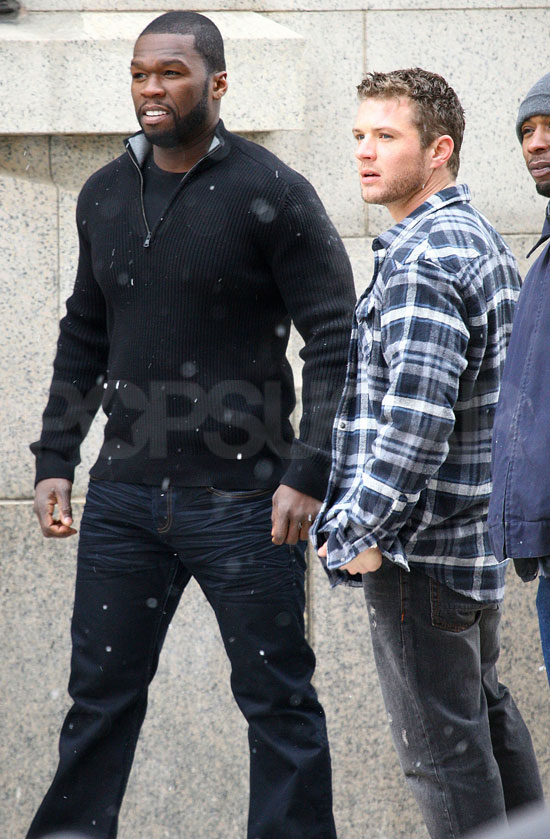 by Maggie Ryan 27 minutes ago