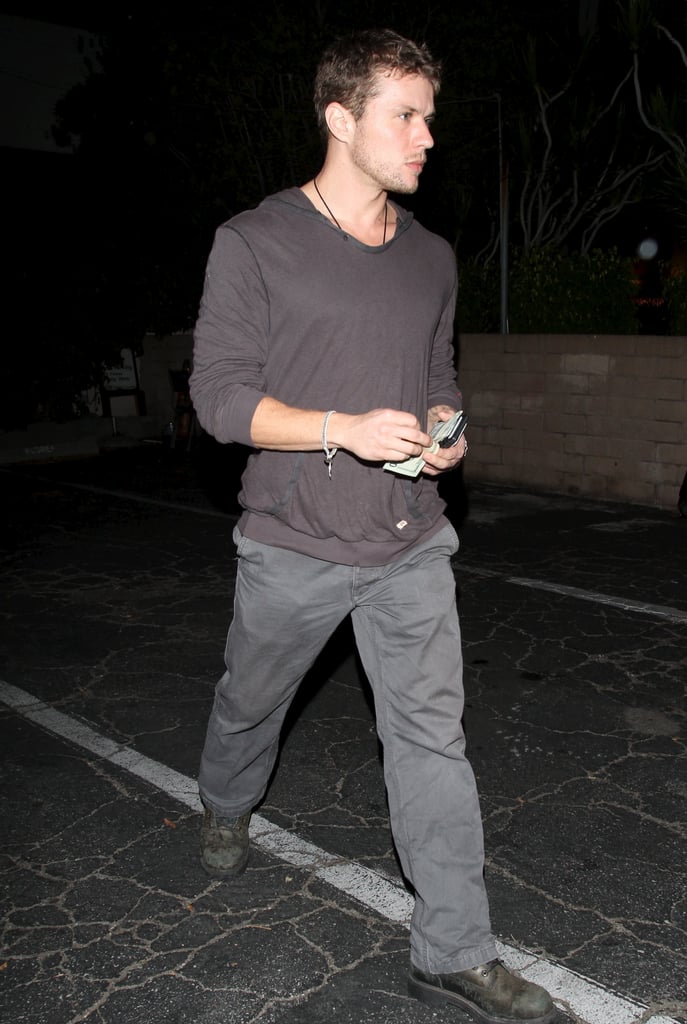 Ryan Phillippe picked up his car from the valet at Matsuhisa on Tuesday night after grabbing sushi with friends in LA. He's hanging on the West Coast while production on his latest film, Setup, is under way in Michigan. His costar 50 Cent has been causing lots of buzz away from the set, due to his budding romance with Chelsea Handler and the release of even more intimate photos.