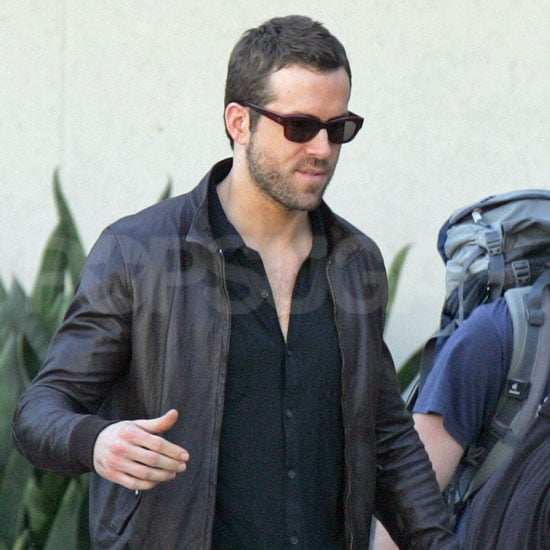 Ryan Reynolds touched down today in Cape Town, South Africa, where he'll soon start filming Safe House with Denzel Washington. He's abroad at the moment, but fans of Ryan will still see his handsome face all over newsstands this month due to his appearance on the cover of Vanity Fair's Hollywood issue. He has two projects hitting big screens this year with Green Lantern and The Change-Up, but things in his personal life seem less certain. He was linked to Sandra Bullock after announcing his separation from Scarlett Johansson, but his The Proposal costar quickly denied the rumors. Scarlett, meanwhile, was spotted hanging out with Jason Sudeikis and Justin Long, though it was her emotional reunion with Ryan last week in LA that nearly brought her to tears.