They're here! And they're adorable! Blake Lively and Ryan Reynolds's kids made their first official public appearance on Thursday when their dad was honored on the Hollywood Walk of Fame in LA. During his star ceremony, Blake and their two little ones were on hand to congratulate the Deadpool actor and offer their support. While their baby girl (her name has yet to be revealed), who was born in September, sat quietly in Blake's arms, their older daughter, James, 2, was adorably running all over the place.

In a sweet video of the ceremony, Blake, who stunned in a blue dress, can be heard calling her daughter "J" as she grabs the microphone and has fun with photographers. Ryan also took the time to thank his wife during his speech, saying, "You make everything better. You make everything in my life better. You've given me two of the most incredible children I've ever hoped to have." It's official: we need more of this family in our lives! 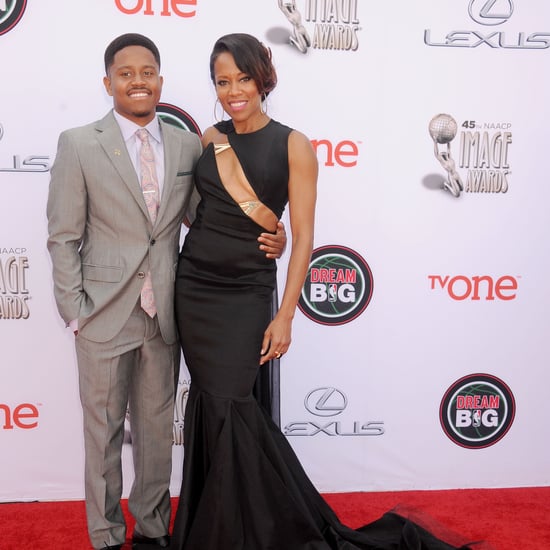 Regina King
Regina King's Son, Ian, Has Died at Age 26: "He Is Such a Bright Light"
by Princess Gabbara 3 hours ago

Celebrity Families
Nick Jonas and Priyanka Chopra Welcomed Their First Child: "We Are Overjoyed"
by Kate Schweitzer 1 day ago