Ryan Reynolds suited up last night to attend a Cinema Society screening of his movie Buried at the Tribeca Grand Hotel in NYC. He mingled with friends like Peter Facinelli and Adrian Grenier, and Ryan also had a moment to speak with press about how hard he worked on the film. He said, "Usually you shoot eight to 10 shots a day. We were doing 30 to 35 shots a day and one day we did 52." Ryan also shared his thoughts on Twitter, revealing, "I don't have a Twitter account. I'm so 1989." The actor's in the midst of a nationwide promotional tour for the project, and he kicked things off earlier this week with a premiere in Chicago alongside director Rodrigo Cortes. Ryan was up this morning despite his evening out, continuing his press rounds at The Early Show. 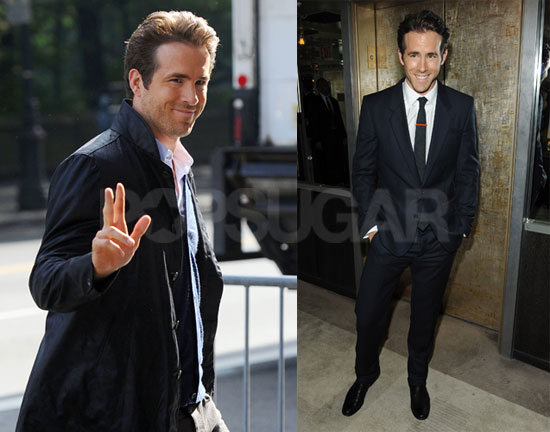