Ryan Reynolds kept his Beats by Dr. Dre headphones slung around his neck as he arrived at LAX yesterday. He's been in Atlanta filming The Change-Up alongside Olivia Wilde, but unfortunately Ryan's wife Scarlett Johansson isn't waiting for him home in California. Instead, Scarlett is in NYC preparing for her turn hosting Saturday Night Live this weekend and she stopped by Late Night With Jimmy Fallon to show off her skills with a variety of musical instruments. When Ryan took on the SNL job last year, Scarlett made a cameo, though he would to have to make a quick turnaround to return the favor. He recently had a different endearing small screen guest starring moment on Sesame Street, and hopefully his handsome face will be a big part of the upcoming award season thanks to his acclaimed work in Buried. 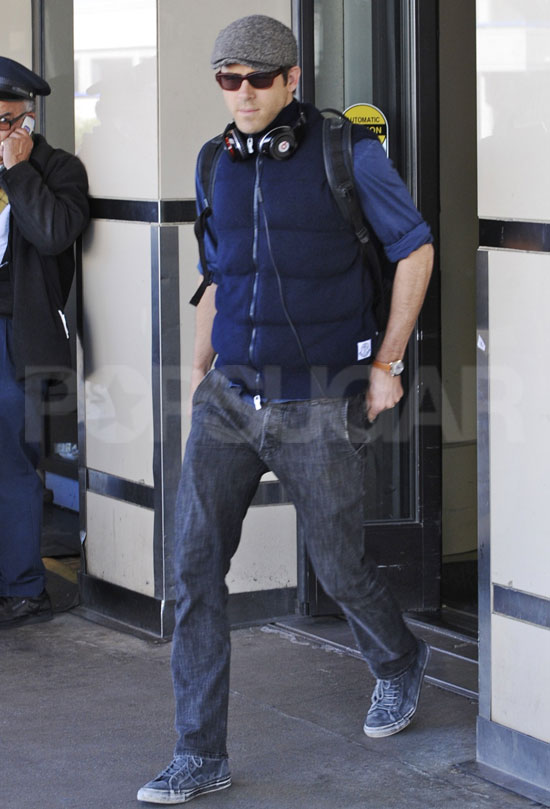