Sandra Bullock carried baby Louis and his Sophie the Giraffe teething toy in her arms exiting the New Orleans airport yesterday. The pair has been spending their Summer vacation traveling back and forth between Austin and LA, and now it seems they're spending time together in Louis's home town. Even though her divorce is finalized, Sandra still is being brought up in Jesse James's current battle to move his kids to Texas so they can be near his ex. Sandra is staying out of the drama and focusing on her adorable son while they bounce around between residences, and she figures out what her next movie will be. 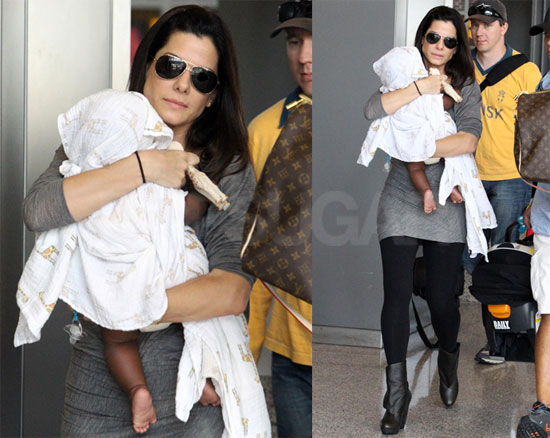