Sandra Bullock ducked out of an antiques store in Austin yesterday. She and baby Louis have been relaxing in their Texas home this Summer, though Sandra still pops back to LA for the occasional award show. She's also preparing to get back to work, zeroing in on two major roles based on acclaimed books with big name leading men like Tom Hanks and Steve Carell. Before any of that, however, Sandra is apparently ready for her first TV interview since divorcing husband Jesse James. According to reports, the Oscar-winning actress will sit down with Matt Lauer for a talk to air next week. 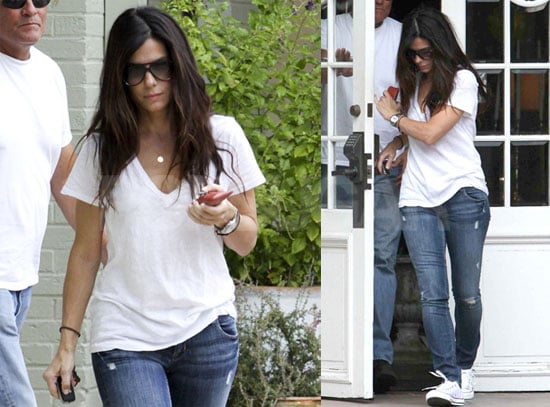 Sandra Bullock
Around The Web