Sandra Bullock stopped by a holiday party in Santa Barbara, CA on Saturday with the best gift of all, her son Louis. He was decked out in a festive knit hat and inside the bash he met the real Santa, rode on a pony, and hung out with some pint-sized buddies. Sandra is rumored to be spending Christmas in LA with her ex Jesse James and his kids, while their shocking split and her surprise adoption are among our biggest headlines of the year. The actress' amazing 2010 award season also provided us with fantastic TV moments from all her many highlights. Sandra has been on a bit of a break from making movies while she focuses on being a mom, but she has a number of exciting projects in the pipeline for 2011. 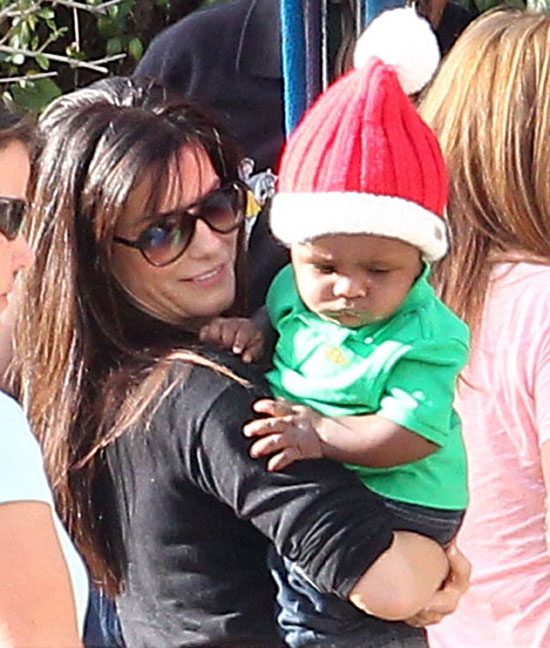 Sandra BullockCelebrity Kids
Around The Web