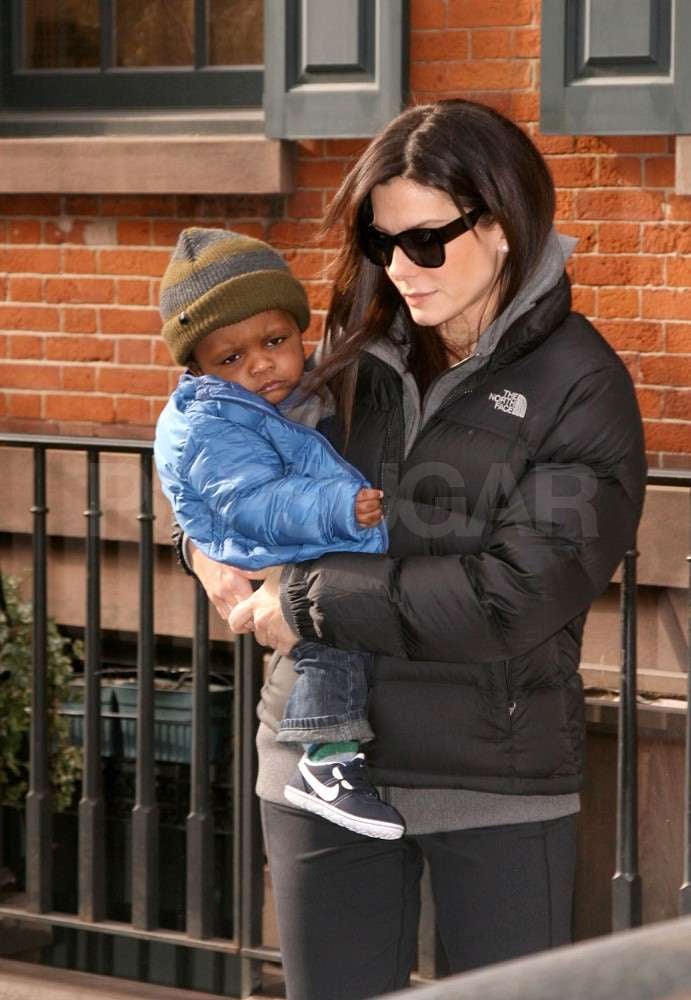 Sandra Bullock carried little Louis as they left their NYC apartment together this morning. The actress stepped out solo yesterday in workout gear, but brought her son along for today's outing. The pair have spent a great deal of the Winter in Manhattan, though Sandra took a quick trip West over the weekend to show off her blunt-banged style at the Golden Globes. Sandra laughed off rumors of a romance with Ryan Reynolds at the awards show, but her ex-husband, Jesse James, announced today that he plans to marry Kat Von D.

Previous Next Start Slideshow
Sandra BullockCelebrity Kids
Around The Web