Sandra Bullock smiled for the cameras this morning as she left her place in NYC, and she was spotted back out with Louis later in the day. The actress has been in the Big Apple for the past week getting settled as she gears up to start shooting her first post-Oscar film Extremely Loud and Incredibly Close. She and her son, Louis, were spotted out in the city on Wednesday night, though last week they were still in Austin preparing for their trip. The last few months have been full of travel for Sandra and Louis with their time in LA and a Caribbean getaway, but maybe they'll remain on the East Coast for a bit now that Sandra's returning to work. 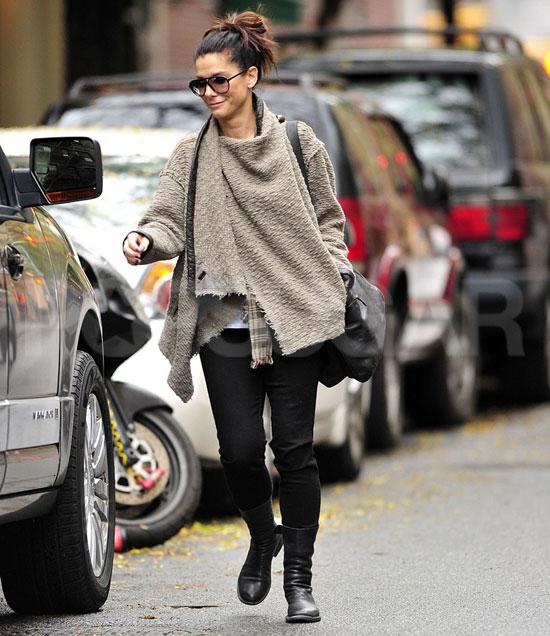 More of Sandra and Louis so read more