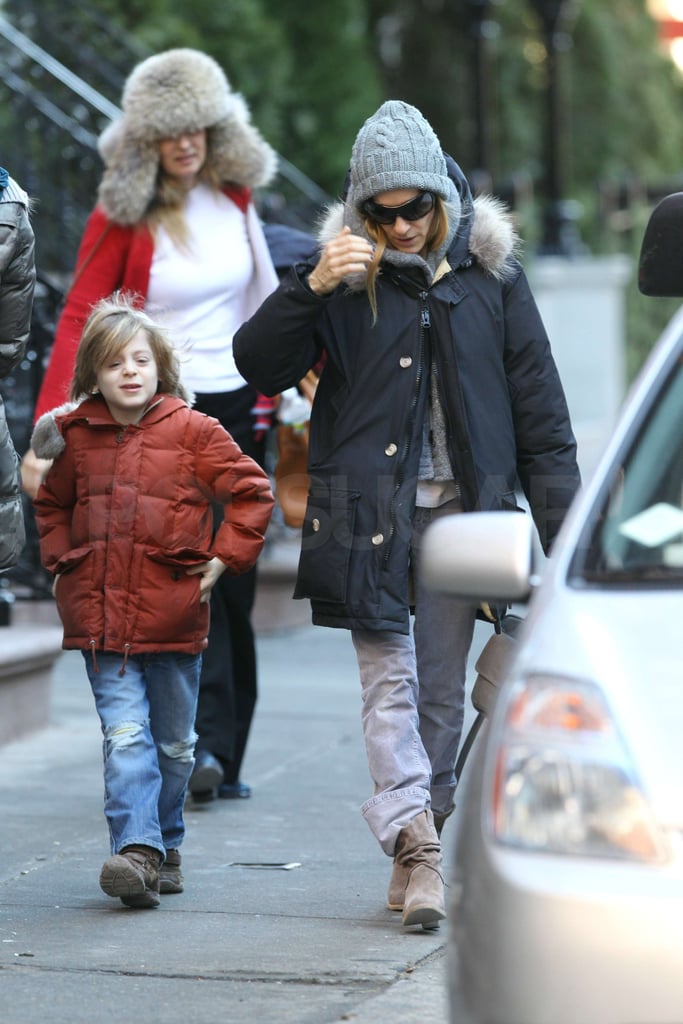 Sarah Jessica Parker and James Wilkie kept lunch casual by stopping by a Gray's Papaya to pick up hot dogs in Manhattan on Thursday. The famous NYC chain also played a prominent part in an episode of Sex and the City and being at the May premiere of the second film was among our red carpet highlights of the year. Carrie Bradshaw's lip-lock with Mr. Big was also included in Buzz's favorite movie kisses of 2010, though it's losing the race for the readers' best comedy. Next up for the style icon mom is New Year's Eve both to ring in 2011 and in her career, since she recently signed on for a part in the star-studded follow up to Valentine's Day.

Celebrity Instagrams
They're Here! Meet the New Celebrity Babies of 2020
by Mekishana Pierre 17 minutes ago

Baby Names
Cameron Diaz Announces the Surprise Birth of a Baby Girl, and Her Name Is Very Unique!
by Alessia Santoro 17 hours ago

Baby Names
Dylan Dreyer Gave Birth to Her Second Son, and We Love His Popular Name So Much
by Alessia Santoro 2 weeks ago