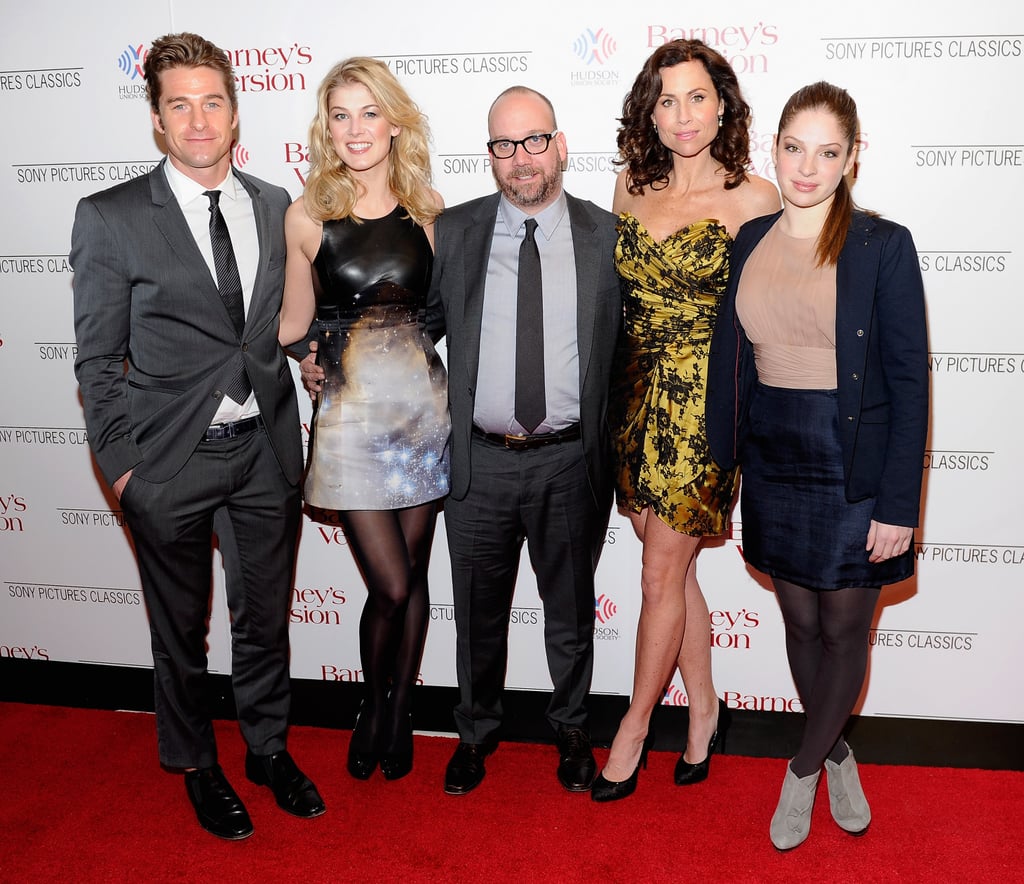 Scott Speedman seemed to be in high spirits and was looking hot last night at the NYC premiere of his latest film, Barney's Version. He was joined by costars Paul Giamatti and the lovely Minnie Driver, who spiced up the red carpet in a strapless gold and black minidress. Paul and Scott play friends in the quirky tale of an unlucky-in-love character named Barney. The film was among the honorees showcased at the Toronto Film Festival and made Buzz's list of January's must-see movies. Paul's in the market of working with extremely good-looking castmates as he preps to start filming The Ides of March this Spring with Hollywood's hottest bachelors Ryan Gosling and George Clooney. Not to be outdone by Paul, Scott also recently signed on to another handsome ensemble, joining Channing Tatum and Rachel McAdams on their upcoming drama, The Vow.