Shia LaBeouf changed out of his work clothes, kicked back with a book, and sipped on a drink outside an Illy coffee shop in Washington DC yesterday after a day of shooting Transformers 3 in his familiar yellow Camaro, alien Autobot Bumblebee. Production moved to the capital earlier this week, though filming was halted for a few hours on Monday when one of the stunt cars collided with a police vehicle. He could be brushing up on politics while spending time in the city as he's rumored to be interested in portraying a young Karl Rove in an upcoming drama. 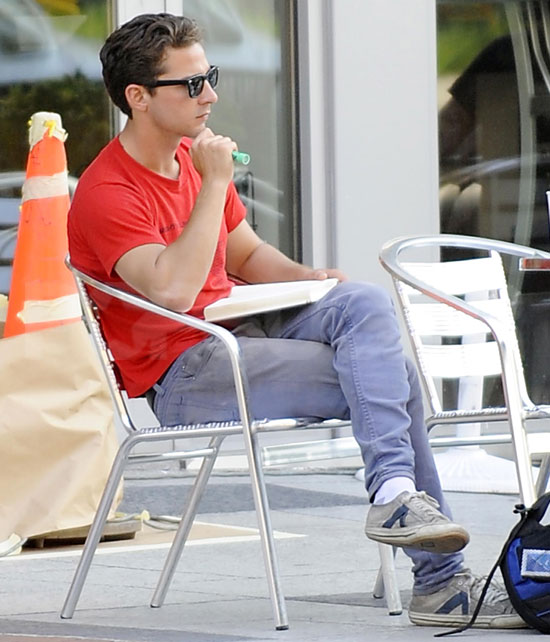