Shia LaBeouf stocked up on Halloween supplies in LA on Friday while on a shopping trip with his dad, Jeffrey. The actor got his hands on a Star Trek Spock wig, making him one of the many celebs with creative outfits for the holiday. Shia spent his weekend on the West Coast while his ex, Carey Mulligan, broke from filming Drive with Ryan Gosling to spend time in NYC. Carey has been spotted since their split alongside her fellow Brit Tom Sturridge, though Shia's been content to step out solo. 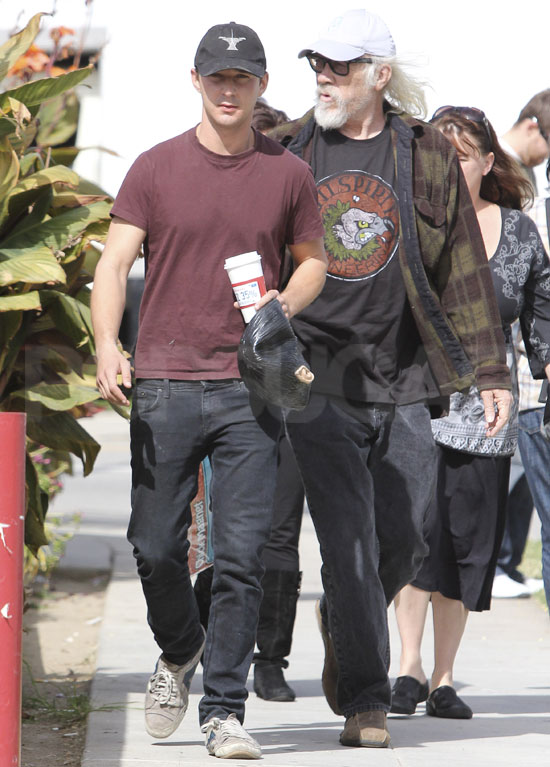