David Beckham was back on the field for an LA Galaxy home game on Friday night. His team didn't take home the win against the New York Red Bulls, but one lucky fan got a special souvenir when David gave away his jersey, leaving him deliciously shirtless. David's cheering section included Victoria and hairstylist Ken Paves, who sat in their box with Romeo, Cruz, and Brooklyn. David has been on dad duty lately, taking care of the school runs and hanging out with his boys, but on Saturday he was off on another adventure. He and Brooklyn made a quick trip to Trinidad over the weekend, where David continued his mission to bring the 2018 World Cup to England and kicked off a soccer festival run by his academy. 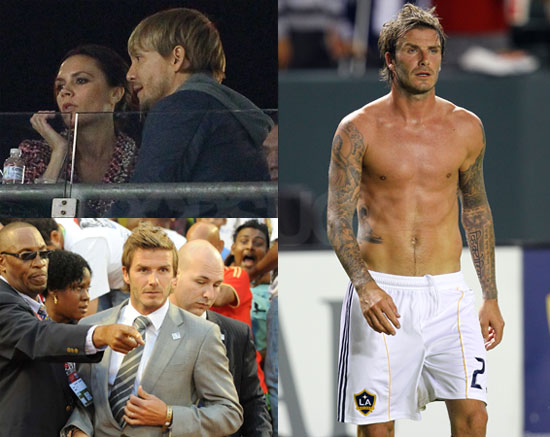