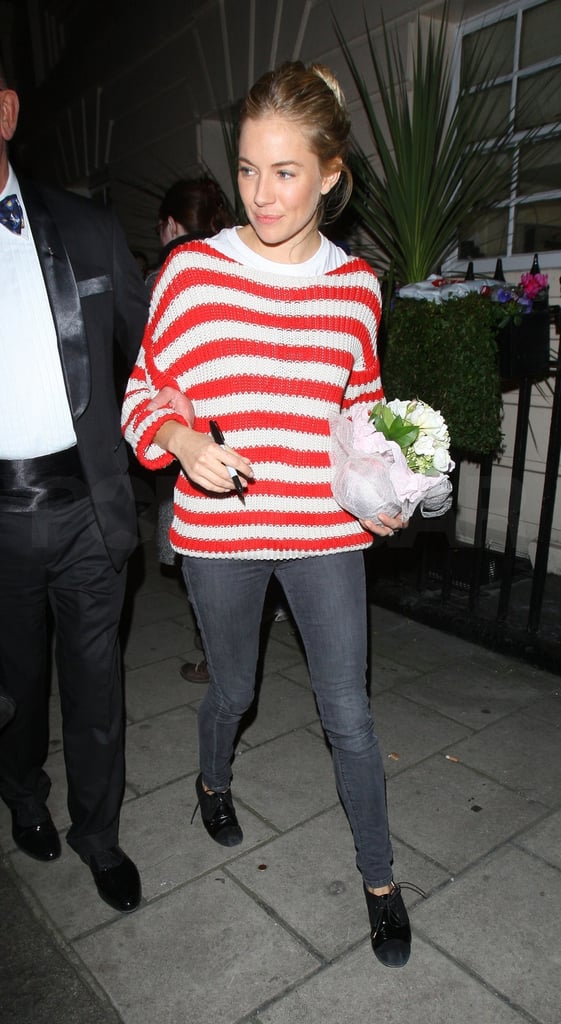 Sienna Miller accepted flowers from an adoring fan last night on her way out of a London theater following a performance of Flare Path. The actress has been busy practicing for her return to the West End stage and giving interviews to promote the show. She chatted with Time Out London and revealed that she wasn't a fan of her movie GI Joe — lucky for her, it turns out she wasn't asked to be in the sequel. She has had time, though, to meet up with her rumored love interest, Tom Sturridge, over the last month since splitting from Jude Law. Jude, meanwhile, is handling their breakup in his own way, namely by getting his partying in during Carnival in Brazil.

Previous Next Start Slideshow
Sienna Miller
Around The Web