Sienna Miller stopped at the historic St. Paul's Church in London yesterday evening to give a reading at the congregation's holiday caroling service. The actress has spent the season focused on giving back, kicking off her December by stepping out for a World AIDS Day event and joining Jude Law over the weekend to help raise money for free speech efforts in Belarus. The couple, who are in the running for this year's sexiest even with his current Sherlock Holmes mustache, have enjoyed romantic dates amid their philanthropic duties as they head toward their second Christmas together since reuniting. It's been a great year for Jude and Sienna, and her hot bikini body stood out during one of their getaways, while his hilarious impromptu performance was a favorite video moment of 2010. 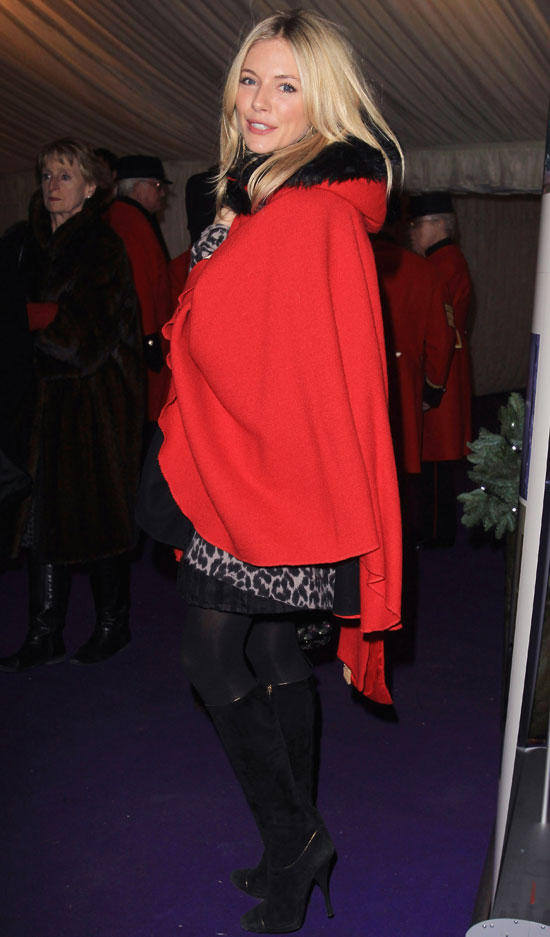 Celebrity News
Yep, Jodie Turner-Smith and Joshua Jackson Are So in Love, They High Five Each Other About It
by Chanel Vargas 4 weeks ago

Celebrity News
J Balvin and Valentina Ferrer Are Expecting Their First Child: "The Family Is Growing"
by Monica Sisavat 4/15