Sienna Miller carried her American and British passports when she landed at LAX on Thursday. She was back in California after a quick trip away, as she was also spotted arriving at the airport on the Fourth of July. Her latest visit to Hollywood was to take care of business, and she headed to a meeting at Universal Studios later in the afternoon. She's traveling at the moment without her rumored fiancé Jude Law, who went to the Czech Republic to accept a film festival award and indulge in some karaoke. Jude is already back home in London, gearing up to film Martin Scorsese's The Invention of Hugo Cabret with Sacha Baron Cohen. 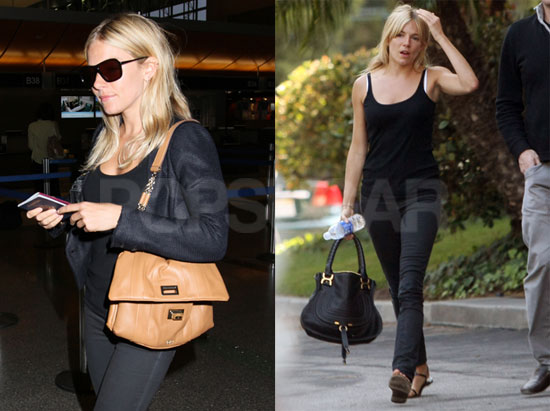