Sienna Miller was in England last night to help celebrate World AIDS Day, which was being commemorated around the globe. She was on hand to unveil the London Eye as it was lit up in red in honor of Project (RED). Sienna's one of the many celebrities lending their names to the cause, including others like Kim Kardashian, Lady Gaga, and Justin Timberlake. Recent Project Runway contestant Mondo Guerra pitched in by designing shirts, and Lil wants to see know much you know about the disease's perinatal transmission. Sienna focused on her philanthropy after enjoying a date with boyfriend Jude Law earlier this week. She and Jude are among 2010's sexiest couples, but soon they'll be apart for a bit when he joins Matt Damon in Illinois to shoot Contagion. 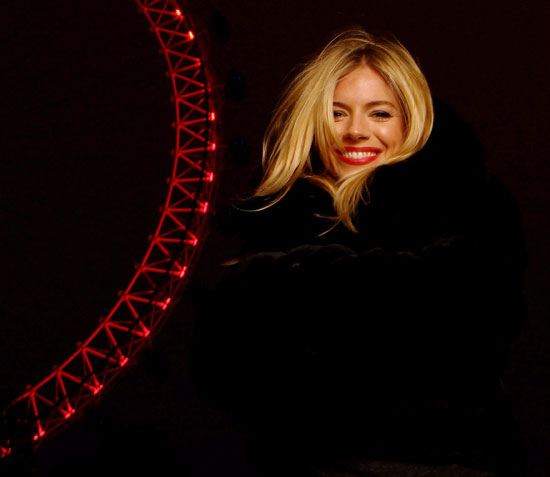