Simon Cowell went jetskiing with his fiancée Mezhgan Hussainy in Portofino, Italy on Friday before hopping on a boat in Nice, France later. Simon seemed perfectly at ease during his day out on the water, pointing at passersby and showing off his shirtless physique, which is serving him well in our 2010 Shirtless Bracket — vote for the chance to win a pair of Tom Ford sunglasses! The music and TV mogul announced his departure from American Idol in January and since then, Ellen and Kara have both followed suit with rumors Randy might be on the way out too. Simon hasn't commented on the drama so far while Chef Gordon Ramsey suggested that their mutual friend Victoria Beckham take one of the vacant seats at the judges' table. 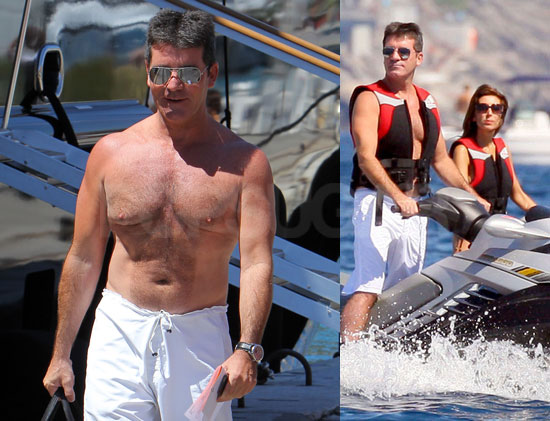