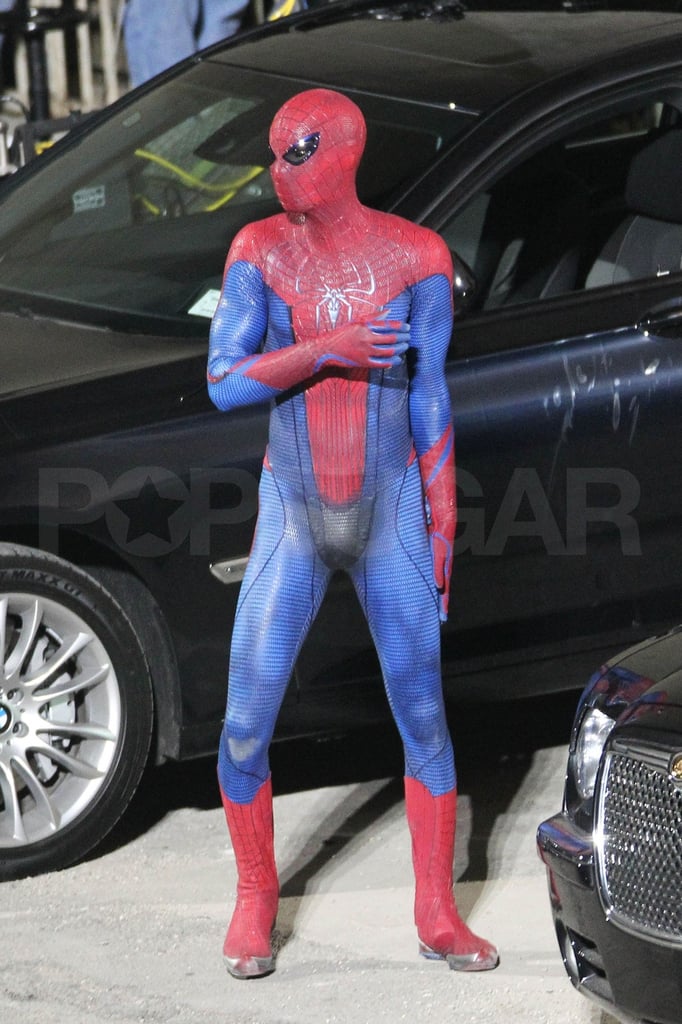 Andrew Garfield left little to the imagination last night on the LA set of Spider-Man. He did a series of flips and stunts around a car, the whole time showing off his assets in his tight blue and red costume. It's his latest appearance in the Spidey suit since we got a first look at him in the getup earlier this month. Andrew is taking over the action-hero reigns from Tobey Maguire, and you guys seem split as to who makes a sexier leading man. Tobey, however, has thrown his full support behind Andrew and even offered his blessing to the reboot of his famous franchise. Andrew was back to work on the blockbuster after having a few recent nights off to make the award season rounds on behalf of The Social Network. He stepped out to attend the SAG Awards as well as the Directors Guild of America's ceremony last weekend alone, and he'll throw on a tux again later this month for the Oscars.