Suri Cruise was decked out in a princess dress to trick-or-treat with mom Katie Holmes in LA yesterday. The duo met up with friends for a Halloween party earlier in the day, when Suri wore a dancer's dress — she's among the many celebrity kids who love dressing up for the holiday. Tom Cruise couldn't accompany his girls, since he's still working on Mission: Impossible 4 overseas. He had plenty of excitement, though, while filming stunts Saturday in Dubai. He dangled over the Burj Kahlifa, which at over a half mile high is the world's tallest building. In a recent video message from the Middle East, Tom said he's excited to work in "the incredibly cinematic" city. 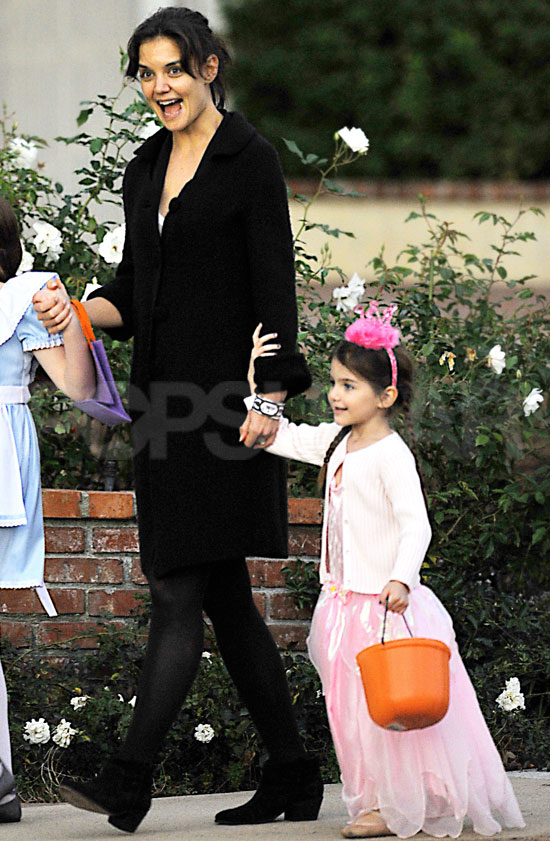 Kristen Wiig
Kristen Wiig Is a Mom of 2! Here’s What We Know About Her Family
by Kathryn Mayer 14 hours ago