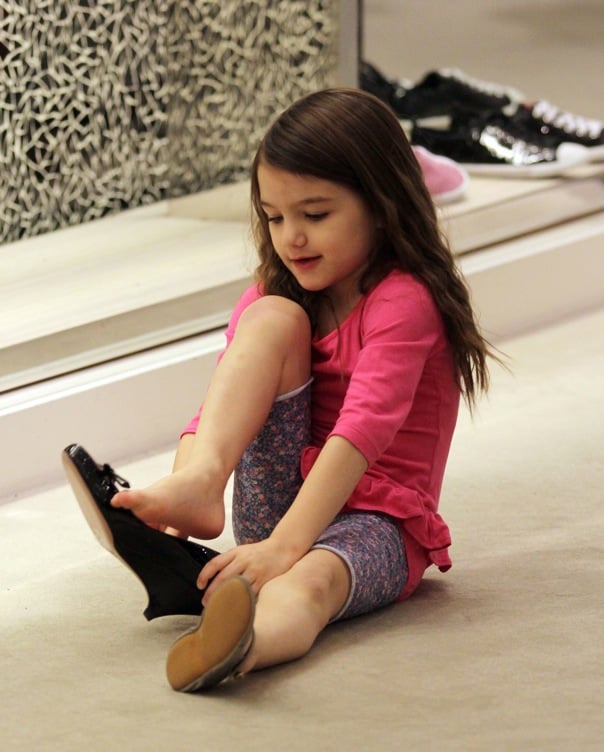 Suri Cruise entertained herself by trying on mommy-sized shoes while out shopping at Holt Renfrew with Katie Holmes and a couple friends in Vancouver yesterday. The tot is known to sport kitten heels of her own sometimes, a look that Lauren Conrad thinks only Suri can pull off. Katie checked out the selection as well, but only Suri tested out sparkly pumps for size. The girls are in Canada while Tom continues shooting Mission Impossible: Ghost Protocol in the city. Katie and Suri visited him on set on Friday night amid the news that Katie's History Channel miniseries The Kennedys will not be broadcast in the US. Katie still landed the cover of Elle to help promote the project and in the interview she once again talked up her four-year-old daughter's style sense. There's a chance that The Kennedys will air on another network and it will be shown internationally, though apparently the famous family itself might be behind it being pulled in the first place.