Miley Cyrus and Taylor Lautner were ready for some football yesterday in New Orleans. They watched as the Saints beat the St. Louis Rams 31-13 in a home game, with Taylor spending his day off from shooting Breaking Dawn chatting up players, the team mascot, and cheerleaders on the sidelines. He's back to work as Jacob after taking a brief break from the steamy movie to celebrate Thanksgiving in LA. Miley is also in The Big Easy on business as she starts shooting So Undercover. The game was the first public event for Miley since video of her smoking from a bong hit the Internet last week despite her camp trying to cover it up. Her father, Billy Ray Cyrus, tweeted an apology about the incident, but Miley hasn't responded to the scandal herself. 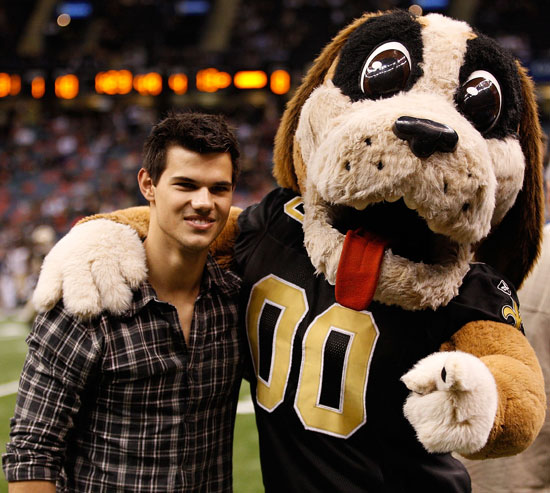 Nostalgia
Miley Cyrus and Dua Lipa Bring Us '80s Edge in Prisoner, With Some Designer Looks in the Mix
by Sarah Wasilak 6 days ago