Emma Stone had the support of friend Taylor Swift on the red carpet at last night's premiere of Easy A in LA. The pals were both at the VMAs on Sunday, where Taylor performed her Kanye West song to mixed reviews, and Emma was one of the best dressed in a leather LBD. The release of Emma's fun Fall film is just one piece of her busy year as a hot young Hollywood star — she filmed with Ryan Gosling and is adding Friends With Benefits to her list of upcoming projects. Her costar Penn Badgley stepped out as Gossip Girl returned to the small screen with a season premiere episode full of OMG moments. 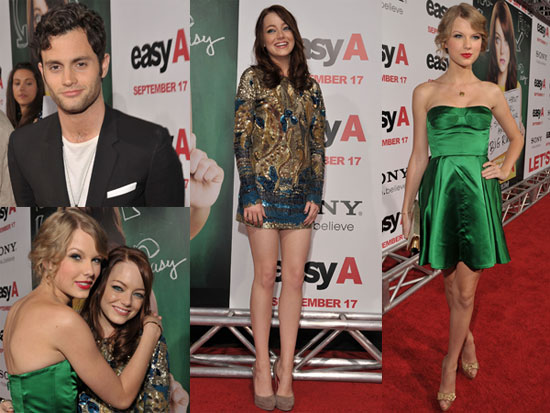 Taylor Swift
The Theories Were Right: Taylor Swift Is Dropping a Folklore Concert Film
by Kelsie Gibson 3 days ago