Taylor Swift sported a messy fishtail braid — find out how to create this easy, pretty look on BellaSugarTV — out shopping in Beverly Hills on Friday. Taylor is in LA ahead of today's VMAs, where she is allegedly going to give a surprise performance. Of the other announced acts, Eminem is the one you're most excited to see, though Kanye West is set to take the stage as well. According to a friend, Taylor's not interested in hearing the song Kanye wrote in apology for interrupting her speech at last year's VMAs. She may not have a choice if he chooses to debut it during the show tonight; however, she's ready to retaliate by singing a new track she wrote about him. 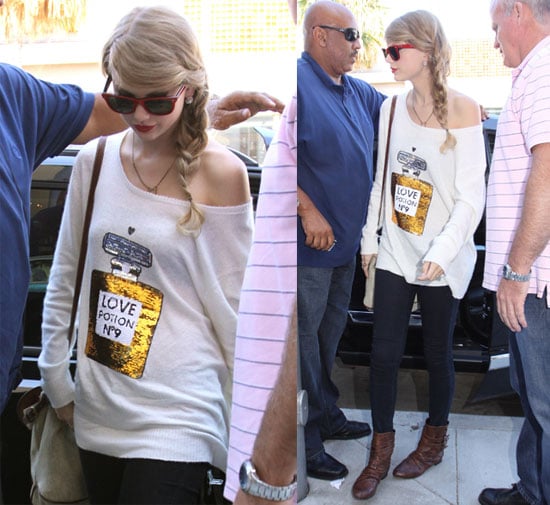