Taylor Swift played to a packed audience in Central Park yesterday debuting songs from Speak Now. Last week the lyrics from her album were dissected upon reports she penned songs about her relationships with former boyfriends Joe Jonas, Taylor Lautner, and possibly even John Mayer. Her latest romance is also grabbing major headlines with rumors she's been spotted with one of Hollywood's most eligible bachelors, Jake Gyllenhaal. In a recent interview she claimed to be happy with her single status, but she never stays single long. Most of you aren't sold on them as a couple as stories of their weekend together pile up. How Jake and Taylor met is unclear, though the pair do share a connection to Anne Hathaway who costarred with Taylor in Valentine's Day and hooks up with Jake in Love and Other Drugs. 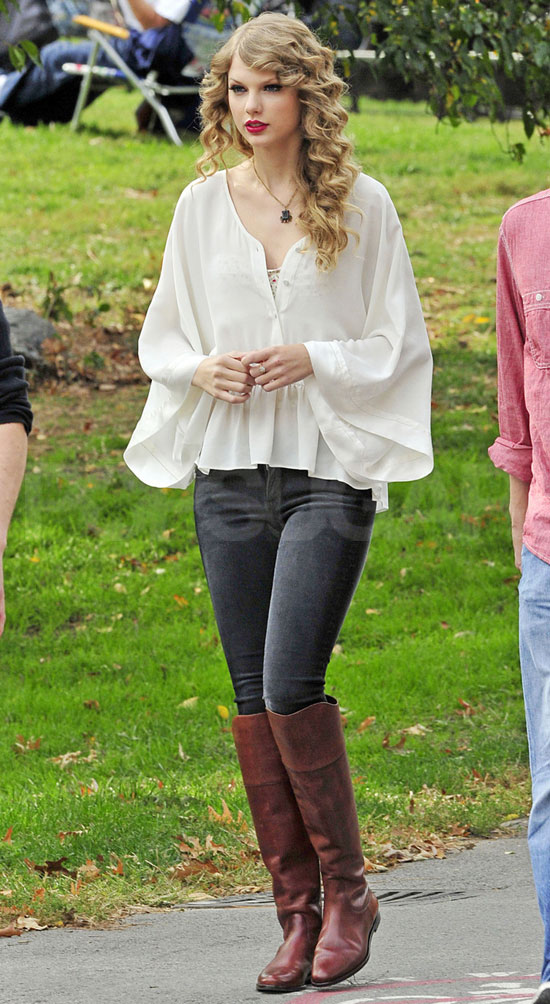 Taylor Swift
Yes, There Is a Chance Taylor Swift's Rerecorded Albums Could Be Nominated For a Grammy
by Kelsie Gibson 2 weeks ago