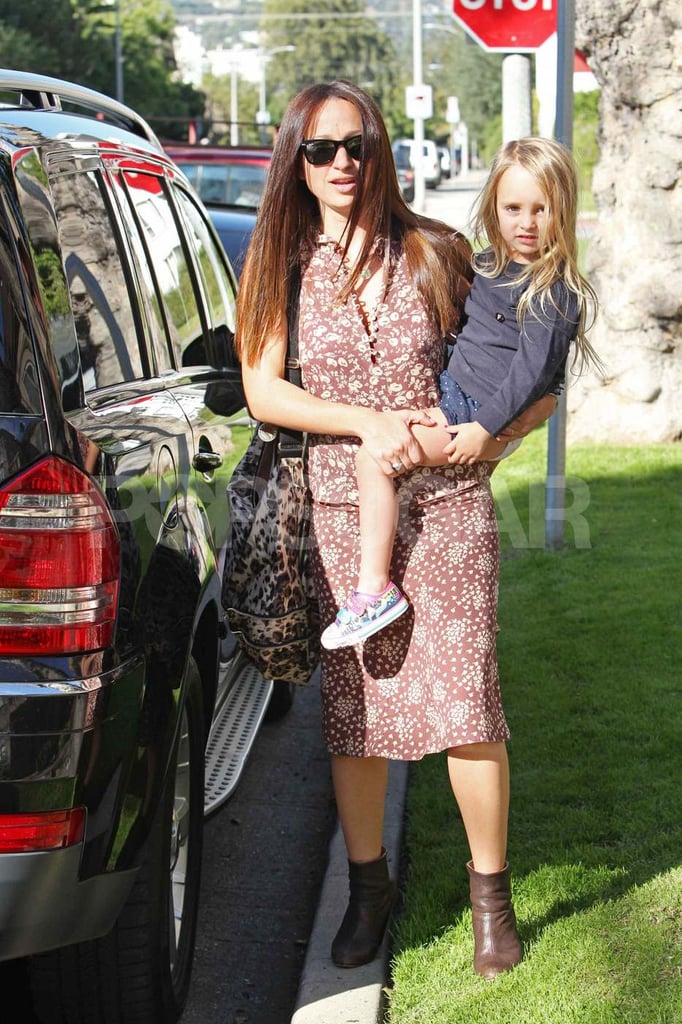 Jennifer Meyer and Ruby Maguire both let their long locks hang down after visiting Chris McMillan's hair salon in LA yesterday. Dad Tobey Maguire, meanwhile, was on the other side of town having lunch with a friend. He's home again from a quick trip to Sundance, where he promoted his latest film, The Details, with costar Elizabeth Banks. The comedy is a departure from his action hero days as Spider-Man, though he still manages to hold his own against Andrew Garfield in a battle between the suits. Tobey's even expressed his support for the latest installment of the franchise, saying, "I'm a fan. I'm excited to see what they do."

Celebrity Pregnancies
Chrissy Teigen Just Accidentally Revealed She's Having a Boy, and Her Reaction Is Priceless
by Yerin Kim 2 days ago