Tom Cruise arrived to the admiration of fans this morning when he touched down in Tokyo. Cameron Diaz was by his side later in the day as they hit the red carpet for the Japanese premiere of Knight and Day. Tom went with a sweater for their evening of posing, while Cameron paired her LBD with a pair of hot, neon Jimmy Choo heels. Promotion for the film has brought Tom and Cameron all across the world, with stops in Spain, Germany, Mexico, and home in the States. They've had the past few months off from the press tour, though, leaving Tom free to prep for his next Mission Impossible film and Cameron with time to spend with her boyfriend, Alex Rodriguez. 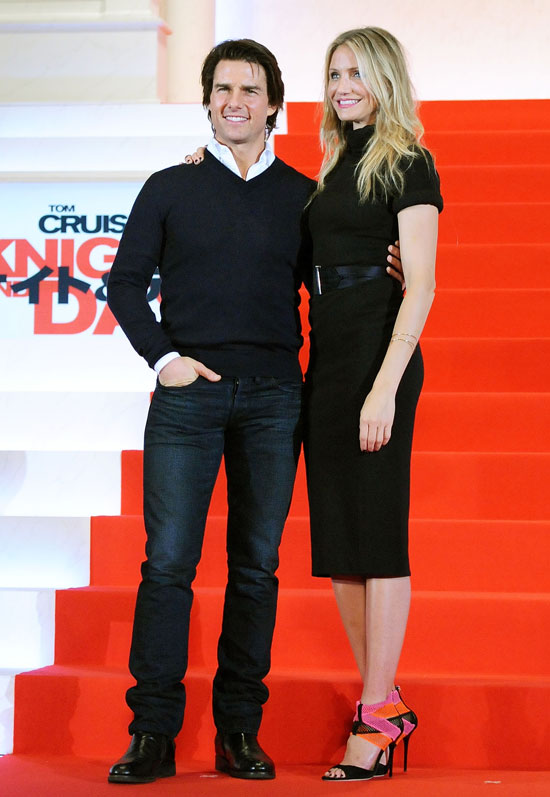