Tom Cruise and Jeremy Renner took production on Mission: Impossible 4 to the Vltava River in Prague over the weekend, where they filmed night scenes in the freezing water. Jeremy joined Tom on set last week, and he's been learning the ropes as he prepares to take over the franchise. The leading men welcomed another new member to the handsome cast when Josh Holloway made his clean-shaven debut. While Tom is working overseas, Katie Holmes is filming Jack and Jill back home in LA. Suri has been a staple on set with mom already and she's making fast friends with Adam Sandler's daughters. 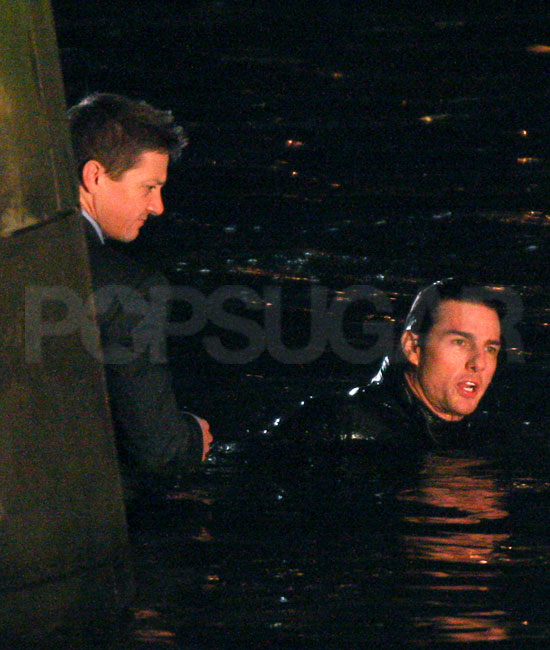